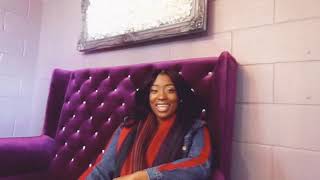 Juvenescent - being or becoming youthful; young in appearance.

Angela Evelyn Bassett is the epitome of juvenescent, this amazingly fabulous actress and woman is rocking 57 years of age like it's the newest thing since shoe strings. (Major hair flip)

Though her accolades are endless, she's most noted for her dramatic interpretation of the legend Tina Turner in the biopic: "What's Love Got To Do With It"

Angela Bassett earned an Academy Award nomination for this career changing role. Her other film credits include Waiting to Exhale, Notorious, The Jacksons: An American Dream, Malcolm X and Panther. She also plays Desiree Dupree in FX's American Horror Story.

But the reason why we LOVE her is because she is class and sass! She is an honorable woman mostly noted for her uncanny ability to devour any character she takes on. She is noted for her abilities and gifts, something more women should aspire to do!

Angela Bassett is the GOAT. Our Shero. Our bar.

Her longevity speaks for itself, she is the perfect example for a woman with the desire to achieve more in life, love, and finances!